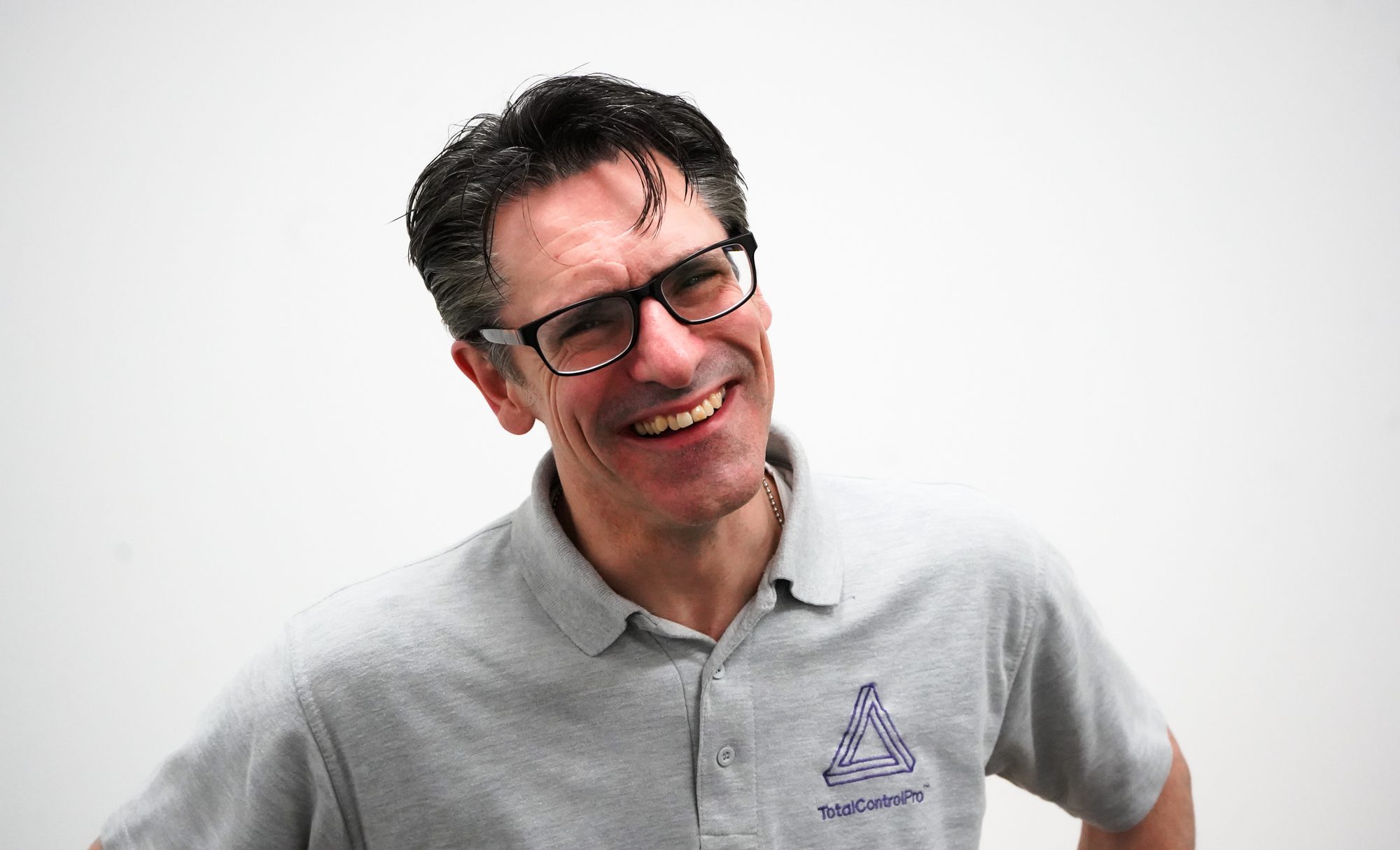 Despite the tech, remember it all starts with PEOPLE…so here’s our #MeetThePROs!

Introducing our CEO Dorian Smellie. Dorian has had an eye for entrepreneurship since his early twenties when he opened a music production business. From strumming guitar strings to deploying production tracking systems, his intrigue in technology has spread across multiple sectors.

During these difficult times, Dorian has continued to inspire, motivate and empower the team on a daily basis. His clarity and vision for the future continues to spur the team on.

What has been your favourite moment at the company so far?

In the early days, we had a commitment to making #TotalControlPro a cloud solution. Not just deployed via the cloud but also that it was bought via the cloud and delivered as a SaaS. Which is common-place now but back then it was something new and something brave.

I remember the day when we got the notification of “you have an order” landed in my inbox. It was the first subscription to our online SaaS service. That was an exciting moment because where previously we had been deploying technology through traditional server-based installations, our commitment was all about making it accessible, affordable and available to the masses. To do that we believed cloud and SaaS to be the strategy. That first order said “someone else believes that too”.

The order also came from outside the UK so it also demonstrated that there was an international market as well.

Secondly, having our strategic director acknowledged as Woman in Innovation, because for me that’s about team. Not just having an individual recognised but having a great team of people around me that have visions even greater than I and stepping out and being acknowledge for that.

When you think of TotalControlPro™, what is the first word that comes to mind?

What has been your most challenging job so far?

When a company scales, it is about bringing not just technology but people through the journey of being a corner shop to being a supermarket. That is both a technical challenge and a people challenge too. It is about bringing team and teamwork to every aspect of the business all at the same time.

As human beings we are inherently creatures of comfort, so to bring people along that journey there has to be something it is for everyone, not just the shareholders or the directors, but for every member of the team.

Which product is right for me?

Your ideal product would be: